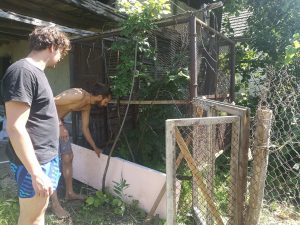 Forty-five years ago, dissident French thinker Jacques Ellul wrote about all the contradictions and difficulties involved in maintaining what he called the “scientific-state-techno-economical complex”. Looking ahead, he wondered out loud how it could ever be kept functioning and expanding in the future. He concluded, with foresight which seems uncanny in the 2020s: “In truth, there […]

by Paul Cudenec One of the most sickening aspects of the Covid scam has been the fanatical support for the operation from the entity that calls itself “the left”. I have been writing about this since April 2020 and there are various articles on the Winter Oak site seeking to discover exactly why “official” left/anarchist positions align so closely […] […]

A maze of political lies

by Paul Cudenec A strange thought crept into my head a couple of days after finishing my last article, Fascism: Three Brief Insights. There I had explained, yet again, that despite the name of their party, Hitler’s “National Socialists” were not really socialists at all, but tools of big business. The “socialist” part of the label […] […]